The criteria for most movie production that has always been fictional. Have you ever thought about the concept of feminism when it comes to film? Well, you will be in for a rude shock to realize that the spirit of women’s liberation has existed in screenplays for years. There are notable films that provide an uncompromising image of women living in a patriarchal law that is male-oriented. As we celebrate the International Women’s month this year, here are a couple of best feminist movies that you should consider watching.

This film features Nazo Dharejo, who lives on a farm in rural Sindh, with her parents and siblings. Nazo’s dad and brother get arrested, and she is left to defend her family’s land with her sisters and mother from an attack of mercenaries chartered by their uncle.

As far as this movie involves a typical Pakistan scope of living, it is no doubt that it is a feminist-oriented movie. It appears that the film has taken the context of how Pakistan women are being treated and how they should take up arms to fight for their rights. Nevertheless, you cannot overlook that Nazo’s father has raised her to be strong and how their mother encourages them to defend their land. The movie does not depict any coy woman, and it features significant, credible, and crucial strength without relying on any man.

This film is featured long after the collapse of civilization. A tyrannical immortal by the name of Joe enslaves survivors of the apocalypse in a desert fortress known as the Citadel. A warrior going by the name of Imperator Furiosa leads a group of Joe’s five wives into a daring escape as she allies with Max Rockatansky, who is a former captive and a loner. Imperator Furiosa and the five women escape through a fortified armored truck known as the War Rig as they try to outrun Joe and his henchmen in an impressive high-speed chase.

Several facts define this movie as feminist-oriented. These includes:

The stories given by every woman in the interview provides a substantial view of how women are trying to liberate themselves from a male-oriented culture, making it one of the best feminist movies to choose.

This film is about a young woman known Cassandra Thomas, who everyone thought was a promising young person. However, a mysterious event happens that derails her future. However, nothing would stop Cassie from her, and it appears that she is talented, cunning, and smart, which makes her live a secret double life. Later on, an unexpected turn of events comes along, which allows Cassie to correct her past mistakes.

Although a lot of critics see this movie as sexist oriented, the electrifying performance portrayed by Mulligan and Fennel shows beyond such criticism. It brings out the feminist part of it. Their rape-revenge-influenced riff shows the extreme boundaries that a woman would go to fight for her dignity. Of course, there is a lot of thrill from the movie, but it brings an excellent way to show that women are not coy as everyone imagines.

Most scholars classify this movie as a semi-autobiographical or autobiographical novel based on its plot. The story describes four sisters, Meg, Beth, Amy, and Jo, and gives details of their passage from their childhood to womanhood.

Read our review for Little Women

Of all the four sisters presented in the movie, each of them shows their feminist side, which you should know about. These factors can be described as follows:

Critics might have their opinion over the feminist side of the above-described feminist movies. However, there is clear evidence that such films put sense in women’s quest for their liberation. Therefore, they stand out to be the perfect movies to watch throughout the International Women’s month. 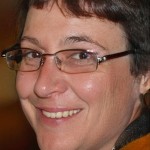